A few years back  we were able to perform an interesting comparison between two very similar companies; one that adopted the PowerLift® back safety program and one that opted for a traditional program that taught the “squat lift”. These two companies are close to each other in number of employees and are owned by the same parent company. They are both road construction companies that build bridges, roads and overpasses and they both maintain mining operations to supply their need for aggregate. The decision was made at the parent company to allow local management latitude in choosing suppliers, including safety programs. The statistics regarding injuries were followed and are very revealing. 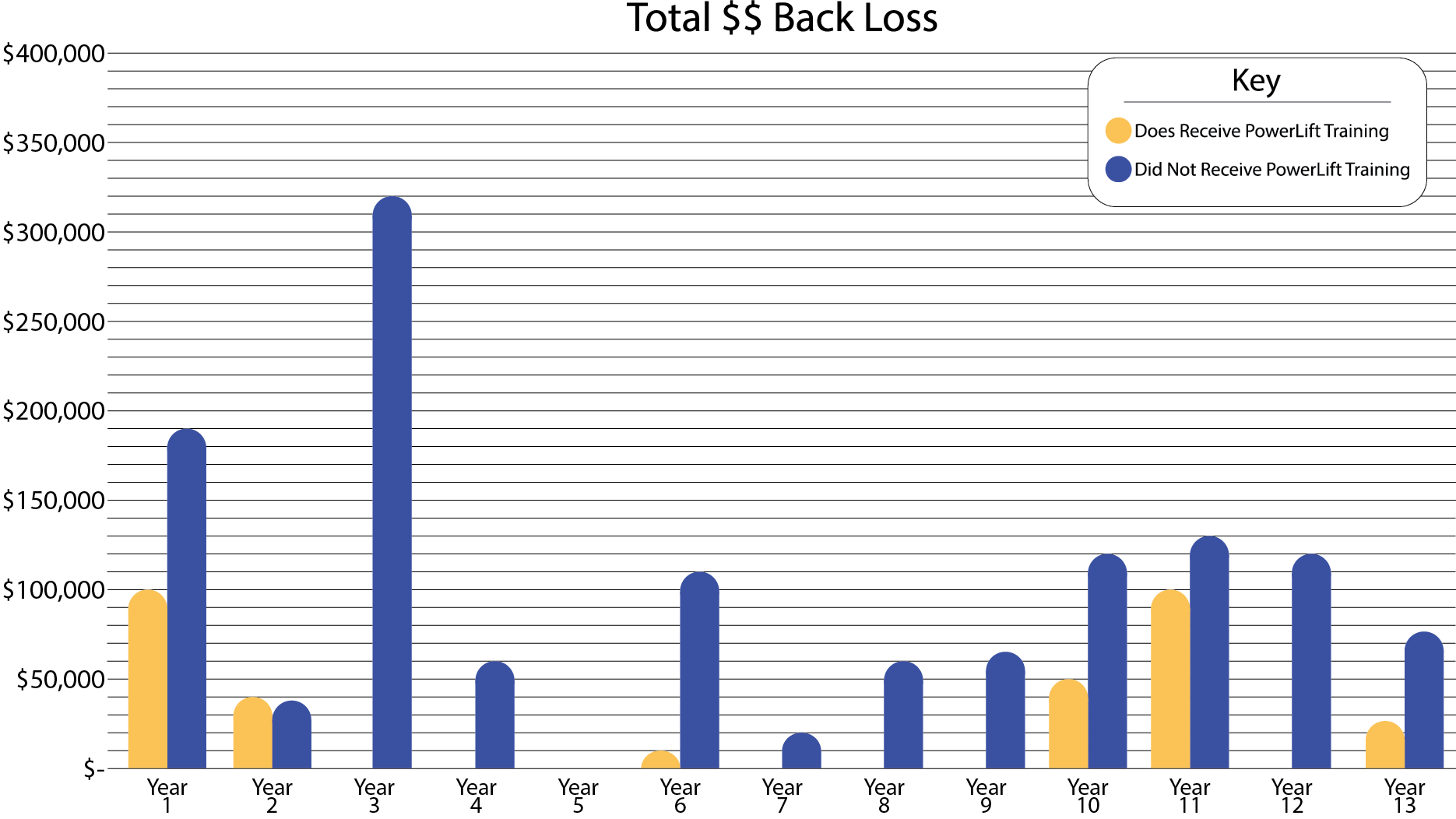 The bar graph above shows the total dollars lost to back injuries over a thirteen year period. The company that implemented PowerLift® lost $325,000 while the other company lost a staggering $1,308,000!

The employees of these companies work long days during the construction season and are engaged in heavy labor tasks for at least 8 months each year with 3 months off in the winter.  PowerLift Training was well received by the employees as they soon realized that it demonstrated a practical and safe way to do their tasks.

Typically their safety training and OSHA classes are given in the spring of the year just before the road work season begins. PowerLift Training was initially presented during their annual 1989 conference to the entire population of 250 workers. The actual purpose of the class was to gage the acceptance and interest the employees would have to the training. As it turned out there was so much enthusiasm among the employees for the training that in subsequent years the training was broken down into smaller 20 to 30 employee groups. The smaller classes left much more room for hands-on training with the various props that were brought into the classroom. The props consisted of objects like ground pounders, shovels, sand bags, barrels, pipe and anything else that could safely be brought into the room. Subsequently, Dr Schaefer went out to the work sites and documented the actual tasks performed by the employees and created PowerLift Safety Talks showing how to perform those tasks safely using PowerLift technique. The Safety Talks are then used as demonstration training by the supervisors for the employees out in the field on a regular basis. The resultant decreases in injury have been seen each and every year since right up to 2017.