Over the years thousands of workers were polled in regard to their attitude toward their own ability to lift, push and pull materials at work, prior to participating in PowerLift® Training. After the training the workers were polled again and the response of workers in general was that their ability and knowledge of lifting technique was greatly enhanced after participating in the training. In addition to the ability poll, the workers were asked to write out personal comments about the training. The most frequent response was that they were most impressed and pleased with the way the training “showed them how to do the task” as opposed to the customary recital of ancillary safety information such as “clear your path, plan your lift etc.” 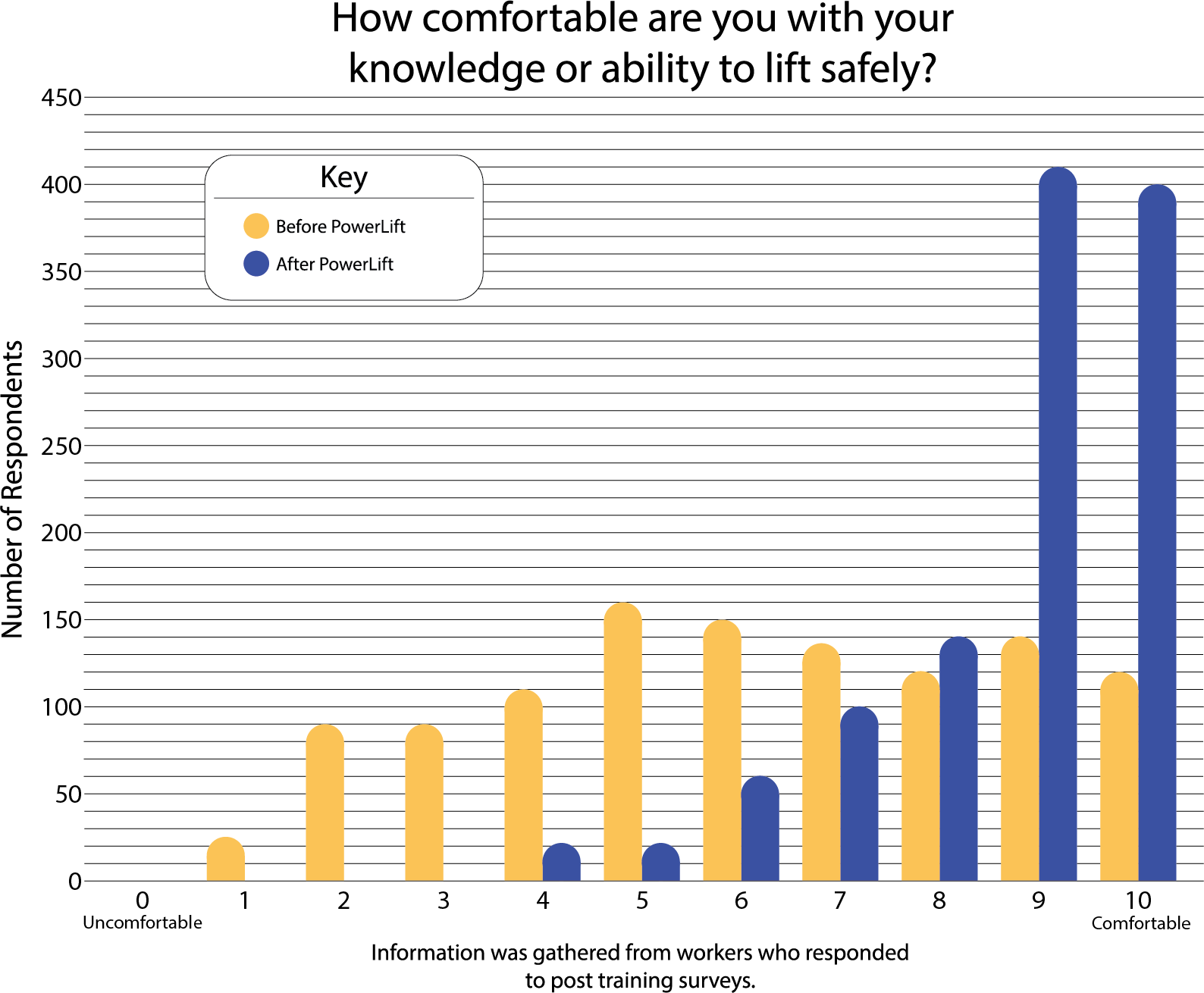 Instruction in PowerLift® began with a classroom introduction of the techniques of material handling. The primary purpose of the classroom training was to have each individual compare their lifting, pushing and pulling methods to the PowerLift® methods. This was accomplished by having each person lift, push or pull and object with their personal technique followed immediately by the PowerLift® technique. This way of comparing techniques resulted in an immediate recognition by the participant that the PowerLift® Technique makes the task easier by making the individual stronger and by taking the task load off of the back, putting it on the legs where it belongs. The classroom portion was followed by task site instruction in which the employee was asked to perform a task with their personal technique followed by the new technique. This was repeated several times until the worker began to feel comfortable with the new technique and could demonstrate competency in doing it.

Following the initial training as described above, On-going Training was initiated in the form of PowerLift® Safety Talks. The talks were given once per week and demonstrated PowerLift® technique for both work and home tasks. In this way behavioral change was achieved across the board, at work and at home. The employees were also invited to take the material handling methods as shown on the Safety Talks home to educate their families. The result was the establishment of a material handling safety culture based on PowerLift® with its resultant decrease and near elimination of material handling injuries in many industries across America.